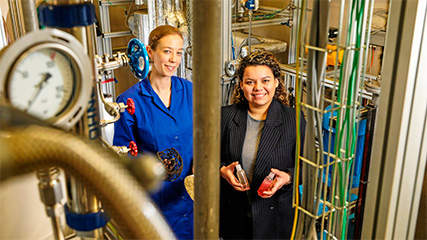 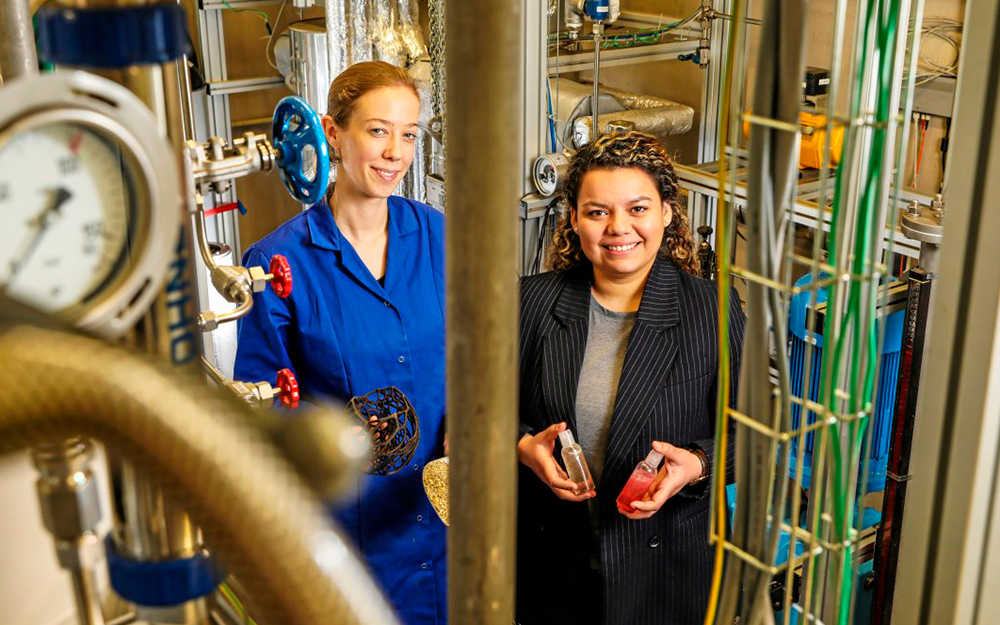 The industry is looking for alternatives to petroleum-based plastics. The founders of Lignopure have found a solution.

What if instead of ending up in the ocean, the microplastics in your favorite shower gel could be biodegraded at sewage treatment plants? What if the adhesive tape used to mask the baseboards for painting jobs could be disposed of in the compost instead of in the residual waste? Or if everyday items like a lemon squeezers or children’s games were made from a plastic substitute that doesn’t belong in a landfill? At first, it sounds like three wishes you would get from a fairy godmother in a fairy tale. Wienke Reynolds laughs. “Spinning straw into gold doesn’t work,” she says, “but we can make plastic from straw.” At a time when the search for plastic substitutes is becoming ever more urgent given the ever-increasing amounts of plastic being produced, perhaps this will happen in the not-so-distant future.

Alternative for plastic-free future developed at Hamburg University of Technology

Together with Joana Gil, Wienke Reynolds stands near complicated-looking apparati in the experimental hall on the Hamburg University of Technology campus. Here, the scientists have been developing their alternative for a plastic-free future. Instead of using crude oil as the basis for plastic production, they use biomass, mainly straw. And they are so successful at it that they want to turn the idea into a business model and tap untapped markets. Lignopure is the name of the startup that has just been honored as one of three international founding teams with the Future Hamburg Award.

Lignum, the Latin word for wood, is in the company name. This is because the researchers’ basic material, known as lignin, is isolated from leftovers from the agricultural and forestry industries. “It is a renewable raw material, biodegradable and non-toxic,” Joana Gil lists the advantages. In addition, it is not edible and thus, unlike corn, for example, not food. The biotechnology engineer is the driving force behind Lignopure. A little over three years ago, the 30-year-old came to Hamburg to do her doctorate at the Institute of Thermal Process Engineering, having already worked with plant-based compounds known as biopolymers in her native Mexico.

“I saw the possibility to use lignin in the life sciences as well. The potential is great,” she says. Until now, the biopolymer, which causes lignification of plant cells and ensures the stability of trees, for example, has tended to live in the shadows, usually only being burned to provide energy. On a table, Wienke Reynolds and Joana Gil have set up more product ideas for their spinoff. In a small bottle, a shower gel with lignin-based particles for an exfoliating effect can be seen. “The product is 100 percent bio-based and 100 percent biodegradable,” Gil says. Other ideas include using it as a dietary supplement to absorb unwanted oils from greasy foods for dietary problems or as a carrier material in the pharmaceutical industry.